The bumpy road to an autonomous future

The move to autonomous vehicles will have a significant organizational impact. Companies need to prepare for it. 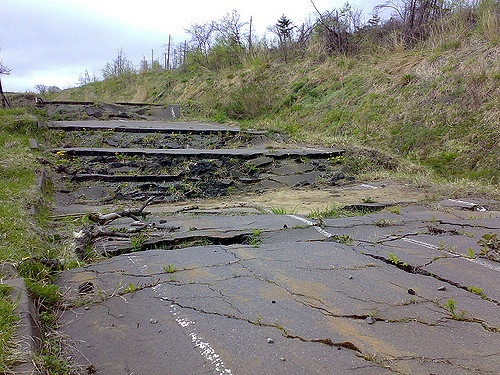 Everybody loves autonomous vehicles. From Google to Uber to John Deere, they are an obvious symbol of our bright tech-driven future. Autonomous has been predicted to be a perfect fit for Mining for a very long time—specialized trucks, remote locations, minimal traffic, tough conditions. Autonomous vehicles are currently deployed at mines around the world, getting dirty, hauling loads, and going through maintenance cycles. Rio Tinto, BHP Billiton, and Fortescue Metals all have autonomous dump trucks deployed in the field. There’s no doubt that autonomous vehicles are exciting to the layman—everybody likes to see gigantic trucks operated with a remote control. But the real benefits come from the fact that haulage is the biggest operating cost for almost every mine, and autonomous trucks create a step-change decrease in costs. At Rio Tinto, autonomous trucks have proven to be roughly 15 percent cheaper to run than conventional trucks. There are also safety benefits.

There are numerous benefits of autonomous vehicles:

Even more exciting is how autonomy will affect intermodal. Already, autonomous locomotives are deep into testing and expected to be deployed next year. Autonomous trains should offer meaningful savings on train maintenance, because software is a lot gentler on the brakes and the other controls. And autonomous boats, while further behind on the commercialization curve, represent too good an opportunity to miss. (We already have self-driving tractors.) It’s reasonable to expect that the big mine/rail/port complexes will see large investments in autonomous vehicle and loading equipment capabilities. Diggers and bulldozers could be next to be automated, all being managed from a remote operating center, perhaps in an urban center thousands of miles away. (Could Perth become a global hotbed for Remote Operations talent?)

On one hand, this glorious future is not far away. All these technologies are being tested with local pilots. It is easy to mentally fast forward from these first steps toward the tidy autonomous future, with just in time delivery happening seamlessly between all modes of transport and an error rate approaching zero.

Except that’s not going to happen for a long time. The road to an autonomous fleet will be bumpy. Adolescence is always awkward. The mining industry will get there—it has always has found a way to leverage technology-- but the growing pains will be real.

The first few years will be painful. So how can operators minimize the pain?

In our experience, the tenets of rigorous operational management don’t change because of new technology, but where you spend your time does change. Autonomous will disrupt everything in your current operating routine, so it forces you to think about things you usually don’t have to think about

Nothing is going to stop the transition to autonomous—the benefits are too compelling. A study by AusIMM (The Minerals Institute) indicated that for an iron ore operation, the cost to implement an AHS across a fleet of ten trucks has a capital cost of A$18.5 million. This generates an annual employment cost saving of A$2.7 million, an annual tyre value increase of A$1.2 million and a production value increase of A$22.5 million. This doesn’t capture the benefits in increasing safety and decreasing risk, or the relatively minor new costs (including the need for better-groomed haul roads to suit the sensitive radar on the trucks.)

But there are organizational challenges that can’t be overlooked. Disruptive innovation is often challenging. If you’d like to talk about how to manage logistics transformation, please reach out to us.