Can you give us a quick overview of your journey with Partners in Performance?

I joined Partners in Performance in Sydney right after graduating INSEAD in 2016. I got to work in Sydney, Brisbane, both islands of New Zealand, Melbourne, and Papua New Guinea. Though considered a rapid sourcing expert, I still got to do a bit of everything : business improvement, procurement, commercial due diligence, strategy, and diagnostics. And my industries were equally varied, from airlines and gold mines to abattoirs and paper mills. The thing most people probably remember about my tenure is that I spent about eighteen months of it with no permanent abode, just living out of a carry-on bag from one hotel to the next.

What was the greatest thing you learned, which may have impacted your career or life away from the firm?

I probably hold the record for most things learned at Partners in Performance (partly because I went in knowing so little). I learned a lot – to this day, I still use the tools I learned. I don’t know if there’s anything from the firm's toolkit that I don’t still use frequently and that doesn’t regularly set me apart in the workplace. It’s not an explicit part of the firm's toolkit, and it’s so simple that most people will probably laugh, but just writing down my top priority actions each day—visual board or no—has done wonders for me.

Tell us a little bit about what you have been doing since leaving Partners in Performance.

I now live in Hong Kong, maybe the only place in the world that could make someone yearn for the low prices of Sydney. I work for a social impact fund called the Global Fund to End Modern Slavery. Most of my time is spent searching for potential projects and evaluating them, not unlike a venture capital or private equity fund. I am still traveling a lot, mainly to India, Vietnam, and the Philippines (where I once spotted Thomas Schmidt dutifully hunched over his laptop on a Friday night). I’m also still happily spending a lot of time in blue-collar environments, given the nature of the social problems we’re dealing with.

What is your idea of perfect happiness?

What is your most treasured possession?

My book collection, which is also about the only thing I own that doesn’t fit into my carry-on. I average about a hundred books a year, zero of which will ever appear in airport bookshops. My average only fell to about eighty when I was at Partners in Performance, so being busy is no excuse for not being a reader! I keep my books in storage at my parents’ home, which is in Mississippi, an ideal place to ensure no one touches your books.

What is the best piece of advice you were given and by whom?

“It’s pretty simple. Just swim out and stand up.” – Matt, my dear friend and fellow colleague at Partners in Performance, day one of surfing lessons as we waded out into six-foot (seven-foot?) waves. For full transparency, those might not have been his exact words, because they were really just an afterthought and many of my memories of the morning are still scattered up and down the coast of Noosa. 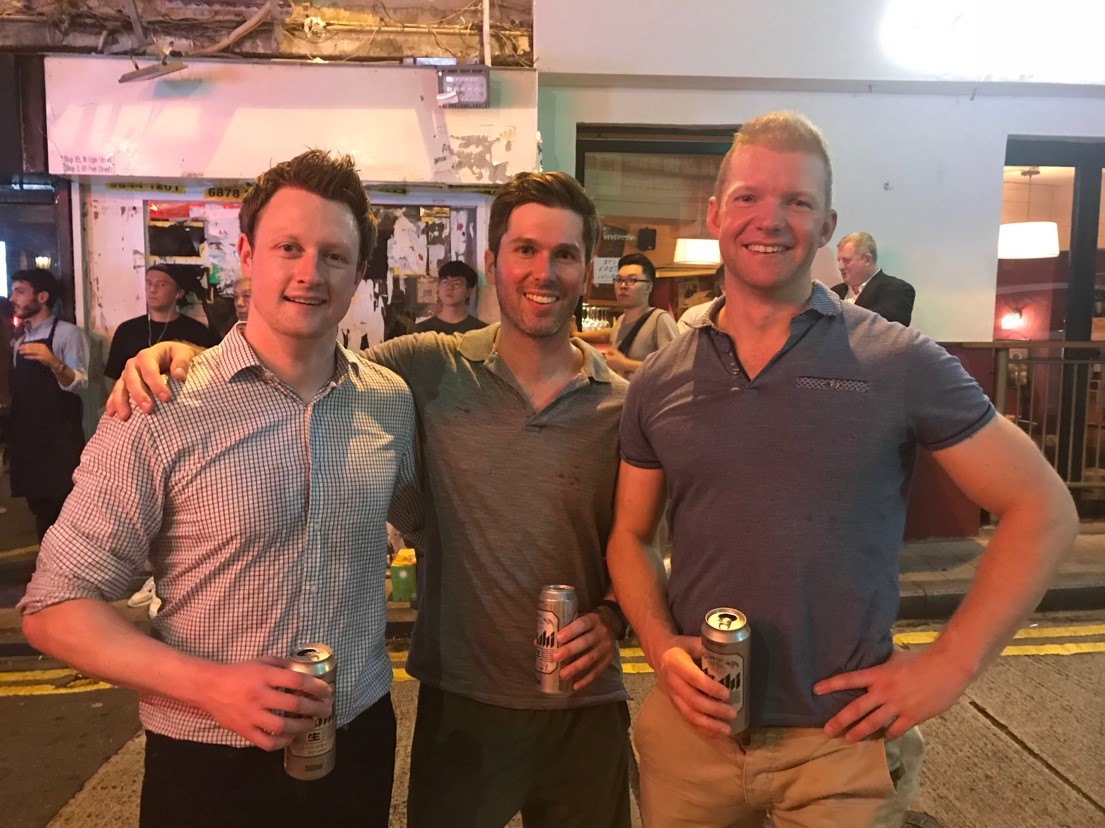 A reunion with my former colleagues in Hong Kong - with Eoin, Jeff (middle) and Alwyn